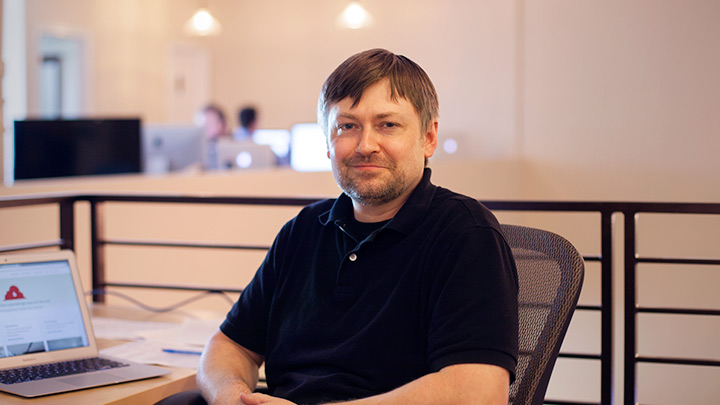 The Backblaze data center continues to expand, and our newest data center technician there is Jon! Jon’s had an interesting life, including working at a zoo and as a ski instructor. He’s already making an impact in the data center, so if you’re curious about the folks that take care of the hard drives that take care of your backups, Jon’s on that team! Let’s take a minute to learn more about Jon, shall we?

What is your Backblaze title?
Data Center Technician.

Where are you originally from?
I was born in California, moved around to a few other states for a bit, but ended up back here again.

What attracted you to Backblaze?
I’ve been doing remote hands support with Backblaze since the Sacramento Colo opened up and have always enjoyed getting to work on the hardware as it evolved.

What do you expect to learn while being at Backblaze?
Lots more about hardware designs and storage.

Where else have you worked?
Some of my previous jobs include working at a zoo, as a ski instructor, fighting forest fires, member of the original IT data center team at Juniper Networks, and operations technician for SungardAS.

Where did you go to school?
I studied Aviation Technology at Walla Walla University.

Favorite place you’ve traveled?
Probably New Mexico, I really love the landscape, culture, and the food is amazing! The chili is definitely hotter there!

Favorite hobby?
In a previous life I was an aspiring skater, or so I’d like to think. Now I just enjoy cruising on my longboard or snowboard when I make it up to the mountains.

Of what achievement are you most proud?
Probably getting my pilot’s license, it was a challenge but very satisfying.

“Star Trek” or “Star Wars”?
“The Big Lebowski,” I feel a kinship with The Dude.

Coke or Pepsi?
Do either make an IPA yet?

“The Big Lebowski” as a response to “Star Trek” or “Star Wars” is unprecedented, but we appreciate it dude, we’ll abide.