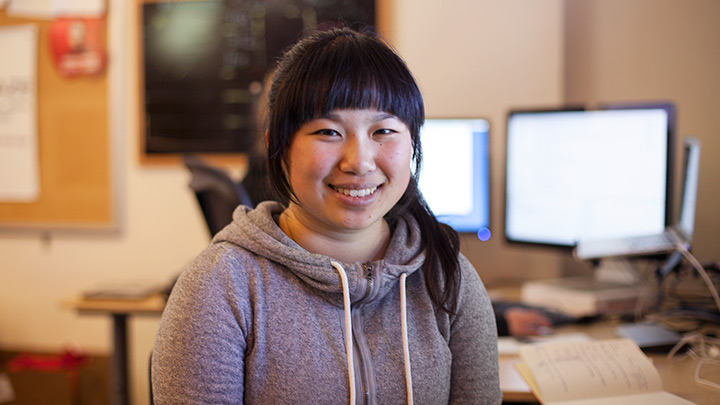 The summer months are upon us and that means it’s time for Backblaze to get a whole new set of interns! The first one to join us is Katherine! She’s a JRPG playing Swarthmore Phoenix that’s joining our engineering team to help on some back-end projects they’ve been working on. Let’s get to know her a bit better, shall we?

What is your Backblaze title?
Engineering Intern.

Where are you originally from?
Seattle, Washington.

What attracted you to Backblaze?
After taking introductory CS classes at school, I was really interested in the field of computer engineering—specifically software engineering! So, I wanted to get a feel for what it’s like to work in the field, and learn some applicable skills.

What do you expect to learn while being at Backblaze?
I hope to learn about web development, as well as ways to make my code run more efficiently.

Where else have you worked?
My longest stint was as a math tutor. I gave up when I had to teach times tables.

Where did you go to school?
I’m going to Swarthmore College. It’s a small liberal arts school in Pennsylvania.

Favorite place you’ve traveled?
Istanbul! The weather was amazing, the city was beautiful (both the old and new areas of the city), I could go on about it for a while! [Editor’s note: Istanbul is great!]

Favorite hobby?
I really like playing JRPGs! I’m a big fan of Atlus games in general.

Of what achievement are you most proud?
I once ate five rice puddings in one sitting to procrastinate doing my homework. It was pretty incredible, if I may say so myself.

Favorite food?
It used to be rice pudding.

We feel you on that rice pudding, and we’re sorry that you burned out on it! Seriously though, five rice puddings in a single sitting is pretty darn impressive. We’re lucky to have you aboard!

What Would You Do With a Storage Pod?
Next Post: Welcome to Backup Awareness Month 2015