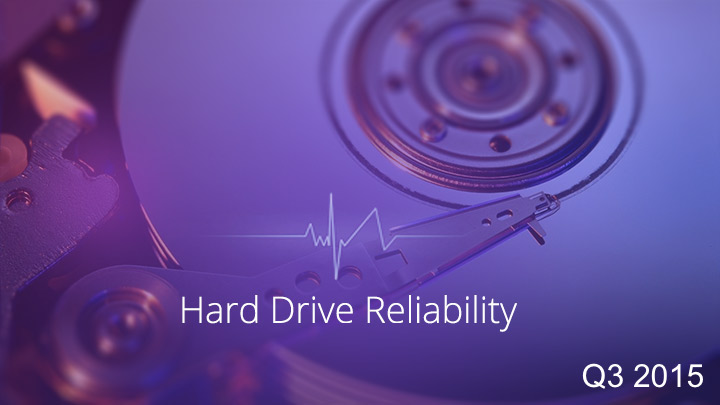 As of the end of Q3 2015, there were 50,228 drives spinning in the Backblaze data center. Subtracting boot drives, drive models with less than 45 drives and drives in testing systems, we are publishing data on 49,056 hard drives spread across 26 different models, varying from 1TB to 8TB in size.

In this edition, we are publishing the data on our 1TB drives for the first time. The data was always available in the data files we publish on our Hard Drive Data webpage, but now we’re reporting the data here too. We are also going to include “Average Drive Age” for each model and we’ll summarize the data by manufacturer size as well.

Let’s start by breaking down the drives by size and comparing them over time: 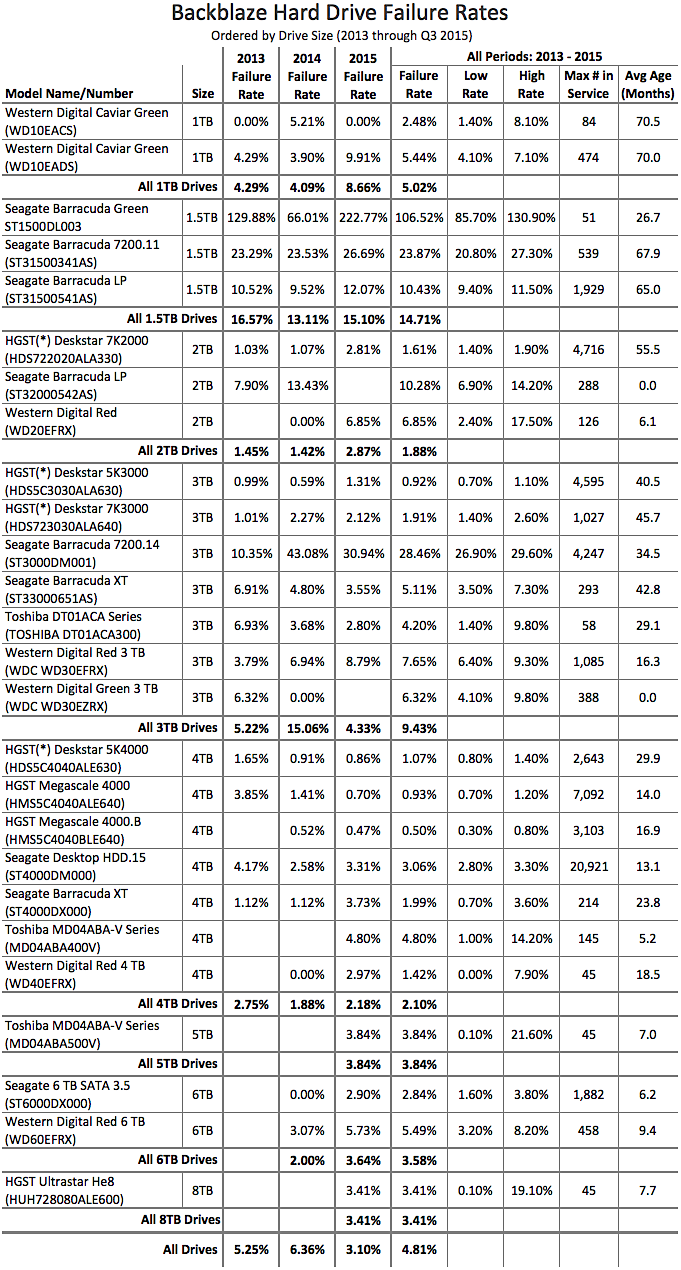 There’s a lot going on in the chart above; here are a few things to help out:

If the chart is too much data all at once, you can download a ZIP file that when unzipped contains a Microsoft Excel file of the data from the chart. Then you can parse the facts and figures at your leisure.

Some Observations Based on This Data 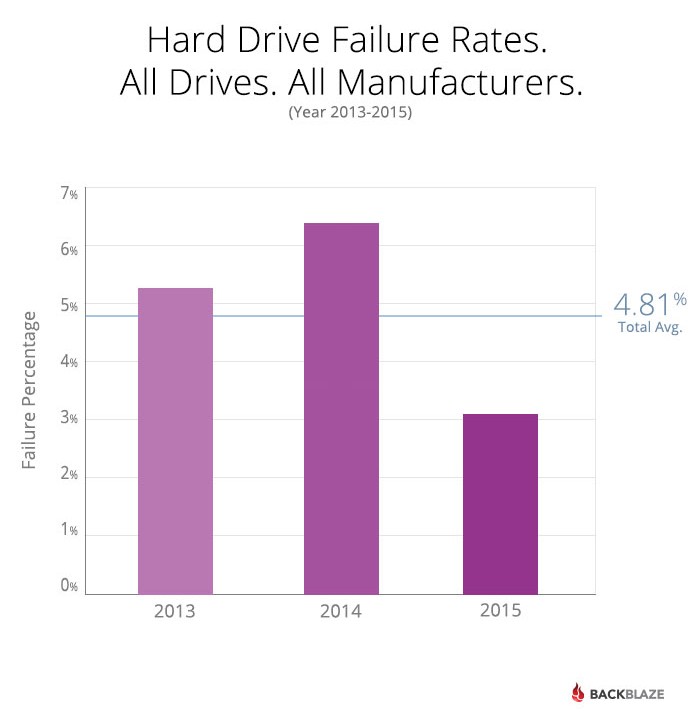 Below is the chart of failure percentages by manufacturer. This is for all the drives in this analysis for the years noted: 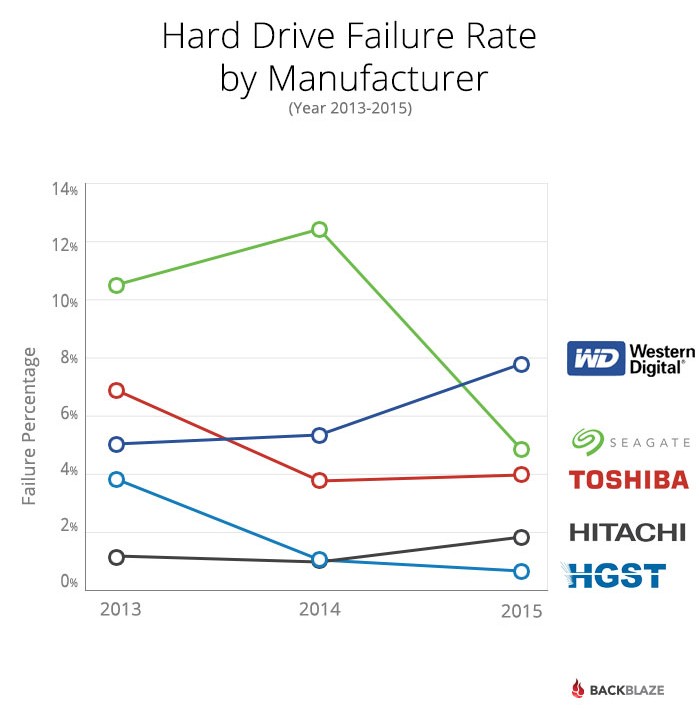 All the hard drives in this review are used in the production systems in our data center. The environment is climate controlled and all drives are individually monitored. Each day we pull the available SMART stats reported by each and every drive. These stats are available for download from our Hard Drive Data webpage. Those stats form the basis for this blog post. The large data files make for large data sets to work on, but if you give it a try, please let us know if you find anything interesting.

Backblaze B2 Cloud Storage Frequent Questions
Next Post: Back to Our Future