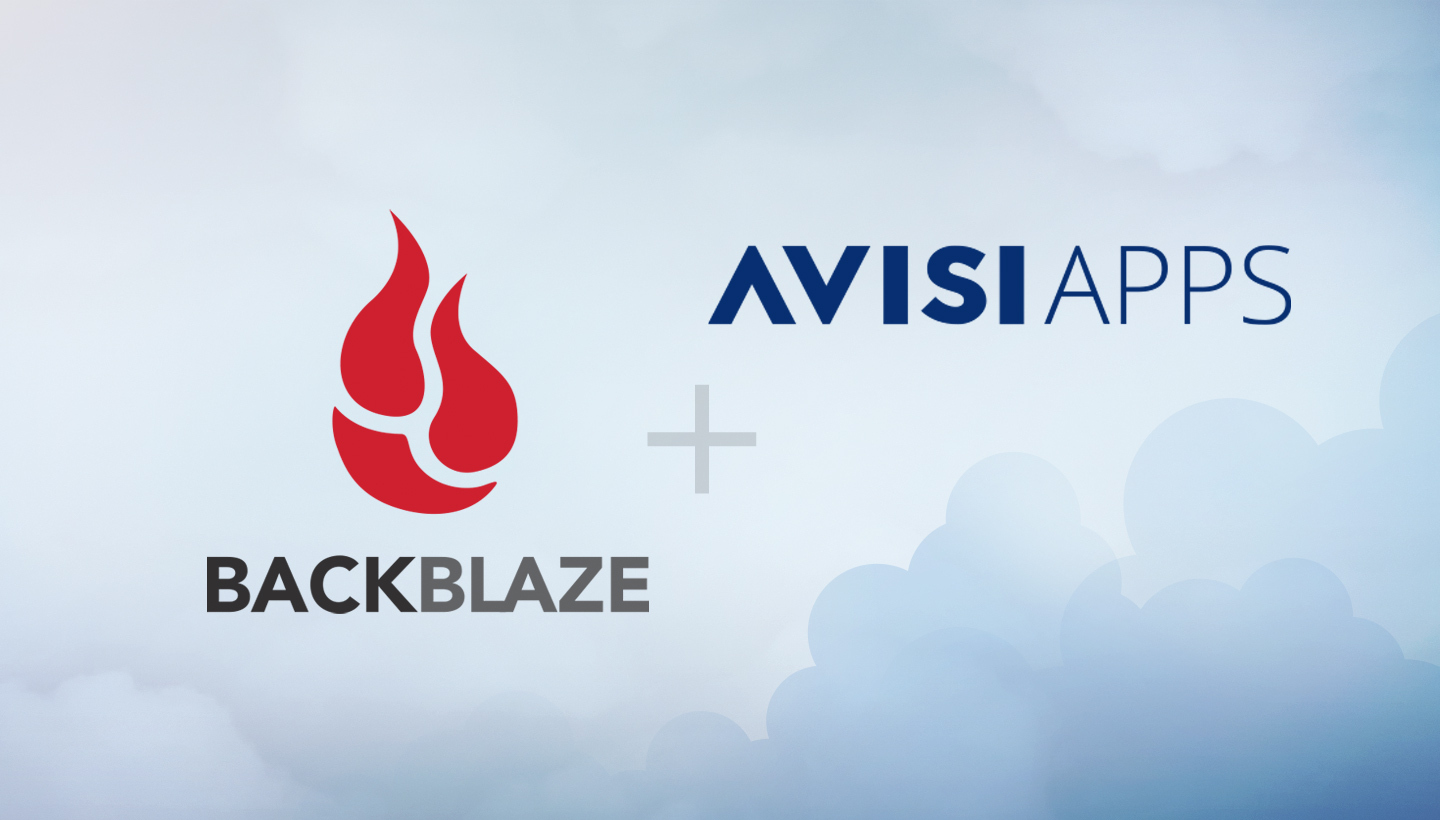 Today’s post grew from a comment in our GitHub repository from Gert-Jan van de Streek, Co-founder of Avisi, a Netherlands-based software development company. That comment sparked a conversation that turned into a bigger story. We spoke with Gert-Jan to find out how the Avisi team practices IaC processes and uses the Backblaze Terraform provider to increase efficiency, accuracy, and speed through the DevOps lifecycle. We hoped it might be useful for other developers considering IaC for their operations.

What Is Infrastructure as Code?

IaC emerged in the late 2000s as a response to the increasing complexity of scaling software developments. Rather than provisioning infrastructure via a provider’s user interface, developers can design, implement, and deploy infrastructure for applications using the same tools and best practices they use to write software.

Gert-Jan co-founded Avisi in 2000 with two college friends. They specialize in custom project management, process optimization, and ERP software solutions, providing implementation, installation and configuration support, integration and customization, and training and plugin development. They built the company by focusing on security, privacy, and quality, which helped them to take on projects with public utilities, healthcare providers, and organizations like the Dutch Royal Notarial Professional Organization—entities that demand stable, secure, and private production environments.

They bring the same focus to product development, a business line Gert-Jan leads where they create “apps that fill gaps.” He coined the tagline to describe the apps they publish on the Atlassian and monday.com marketplaces. “We know that a lot of stuff is missing from the Atlassian and monday.com tooling because we use it in our everyday life. Our goal in life is to provide that missing functionality—apps to fill gaps,” he explained.

With multiple development environments for each application, managing storage becomes a maintenance problem for sophisticated DevOps teams like Avisi’s. For example, let’s say Gert-Jan has 10 apps to deploy. Each app has test, staging, and production environments, and each has to be deployed in three different regions. That’s 90 individual storage configurations, 90 opportunities to make a mistake, and 90 times the labor it takes to provision one bucket.

Following DevOps best practices means Avisi writes reusable code, eliminating much of the manual labor and room for error. “It was really important for us to have IaC so we’re not clicking around in user interfaces. We need to have stable test, staging, and production environments where we don’t have any surprises,” Gert-Jan explained.

Gert-Jan had already been experimenting with Terraform, an open-source IaC tool developed by HashiCorp, when the company decided to move some of their infrastructure from Amazon Web Services (AWS) to Google Cloud Platform (GCP). The Avisi team uses Google apps for business, so the move made configuring access permissions easier.

Of course, Amazon and Google don’t always play nice—CloudFormation, AWS’s proprietary IaC tool, isn’t supported across the platforms. Since Terraform is open-source, it allowed Avisi to implement IaC with GCP and a wide range of third-party integrations like StatusCake, a tool they use for URL monitoring.

Simultaneously, when Avisi moved some of their infrastructure from AWS to GCP, they resolved to stand up an additional public cloud provider to serve as off-site storage as part of a 3-2-1 strategy (three copies of data on two different media, with one off-site). Gert-Jan implemented Backblaze B2, citing positive reviews, affordability, and the Backblaze European data center as key decision factors. Many of Avisi’s customers reside in the European Union and are often subject to data residency requirements that stipulate data must remain in specific geographic locations. Backblaze allowed Gert-Jan to achieve a 3-2-1 strategy for customers where data residency in the EU is top of mind.

When Backblaze published a provider to the Terraform registry, Avisi started provisioning Backblaze B2 storage buckets using Terraform immediately. “The Backblaze module on Terraform is pure gold,” Gert-Jan said. “It’s about five lines of code that I copy from another project. I configure it, rename a couple variables, and that’s it.”

Gert-Jan wrote the cloud function to sync between GCP and Backblaze B2 in Clojure, a functional programming language, running on top of Node.js. Clojure compiles to Javascript, so it runs in Java environments as well as Node.js or browser environments, for example. That means the language is available on the server side as well as the client side for Avisi.

The cloud function allowed off-site tiering to be almost instantaneous. Now, every time a file is written, it gets picked up by the cloud function and transferred to Backblaze in real time. “You need to feel comfortable about what you deploy and where you deploy it. Because it is code, the Backblaze Terraform provider does the work for me. I trust that everything is in place,” Gert-Jan said.

In addition to reducing manual labor and increasing accuracy, the Backblaze Terraform provider makes setting lifecycle rules to comply with control frameworks like the General Data Protection Regulations (GDPR) and SOC 2 requirements much simpler. Gert-Jan configured one reusable module that meets the regulations and can apply the same configurations to each project. In a SOC 2 audit or when savvy customers want to know how their data is being handled, he can simply provide the code for the Backblaze B2 configuration as proof that Avisi is retaining and adequately encrypting backups rather than sending screenshots of various UIs.

Embracing IaC practices and using the Backblaze Terraform provider specifically means Gert-Jan can focus on growing the business rather than setting up hundreds of storage buckets by hand. He saves about eight hours per environment. Based on the example above, that equates to 720 hours saved all told. “Terraform and the Backblaze module reduced the time I spend on DevOps by 75% to just a couple of hours per app we deploy, so I can take care of the company while I’m at it,” he said.

If you’re interested in stepping up your DevOps game with IaC, set up a bucket in Backblaze B2 for free and start experimenting with the Backblaze Terraform provider.

Object Lock Roadmap: Veeam Immutability and Data Protection for All
Next Post: The State of Backups: Who’s Most at Risk