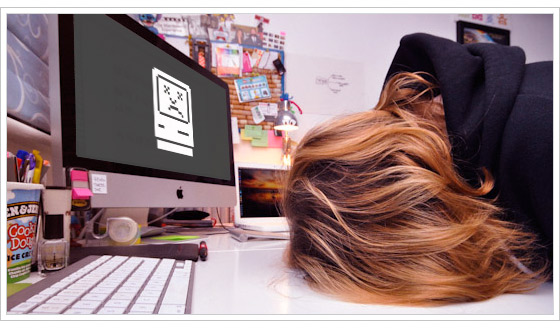 “The Mac died,” my wife sighed into the phone. I wasn’t surprised. First, the dead Mac was our seven year old iMac computer, which had worked flawlessly the entire time. And second, I was traveling for business and things always seem to “break” when I am on the road.

It was Sunday night. I had just finished a meeting and was walking to dinner when the “the Mac died” phone call came in. “That’s okay,” I said to my wife, “we’ll get another computer next weekend. Everything’s fine.” But, everything was not fine as my wife explained that she had a Monday deadline for a project she was trying to finish. She was trying to save the last couple of spreadsheets and then print everything when the computer hung and wouldn’t reboot. Now she had nothing and she was not happy. “There are four or five spreadsheets that I need so I can finish everything.” She begged, “We have them backed up, don’t we?”

Lesson One: One Mac Is Not Enough

So I had a perfectly good back up of the data on my Mac and at that moment on Sunday night it was not going to help. In the mean time, I had arrived at the restaurant and grabbed a seat at the bar as there was a 30 minute wait for a table.

Now I know all of you are saying “Backblaze to the rescue!” Well, not so fast. My wife said that she had never done a Backblaze restore. I cursed myself. Whenever I talk to people about using Backblaze, I always tell them to do a restore just for practice. Sign in, pick a couple of files and request a restore. That way when they really need their data, like when their hard drive crashes a day before a project is due, they’ve been through the process before. Practice makes perfect and I forgot to tell my wife to practice.

I offered to talk her through restoring the files she needed from Backblaze. Three things changed my mind, 1) I didn’t think the other patrons in the restaurant would be thrilled, 2) my Lagunitas was getting warm and my burger was getting cold, and 3) my wife asked me to do it. That’s three good reasons as to why I would restore the files.

My wife texted me the names of the files, five in all, and I signed into the Backblaze account for my now dead iMac using the Backblaze Mobile app on my iPhone. While the 3G connection was slow, I was able to navigate to each file, download it to my iPhone and then email the file to my wife. It took me about 30 minutes in between bites of my burger.

My wife was able to download the files onto our PC at home and plow ahead with her project. I was a hero—well, Backblaze and I.

On Monday morning, my wife informed me that one of the files I had sent over was not the most current version. It was from Sunday morning and she was certain she had worked on the file late Sunday afternoon. “When did our iMac die?” I asked. “It started acting funny about noon, you know, the spinning ball kept showing up,” she replied. “I rebooted it three or four times and it died for good at about 5 p.m.”

The last Backblaze back up was at 2:15 p.m. I can only guess that the iMac was pretty unstable at that point as it spiraled towards its death. My wife, faced with a project deadline, crossed her fingers and plowed ahead with the spinning ball of death appearing in ever increasing frequency. Even Backblaze is no match for the spinning ball of death.

When I arrived home, I was able to confirm the obvious—our iMac was dead. I requested a full restore of our files from Backblaze. When we get another Mac, I’ll start with the Time Machine backup to get up and running and use Backblaze to fill in the gaps if there are any. Once, my work MacBook hard drive failed while I was traveling and with my Time Machine drive back at the office, Backblaze filled in the gap very nicely, but that’s another story…

Backblaze Release 2.3.1
Next Post: What Hard Drive Should I Buy?