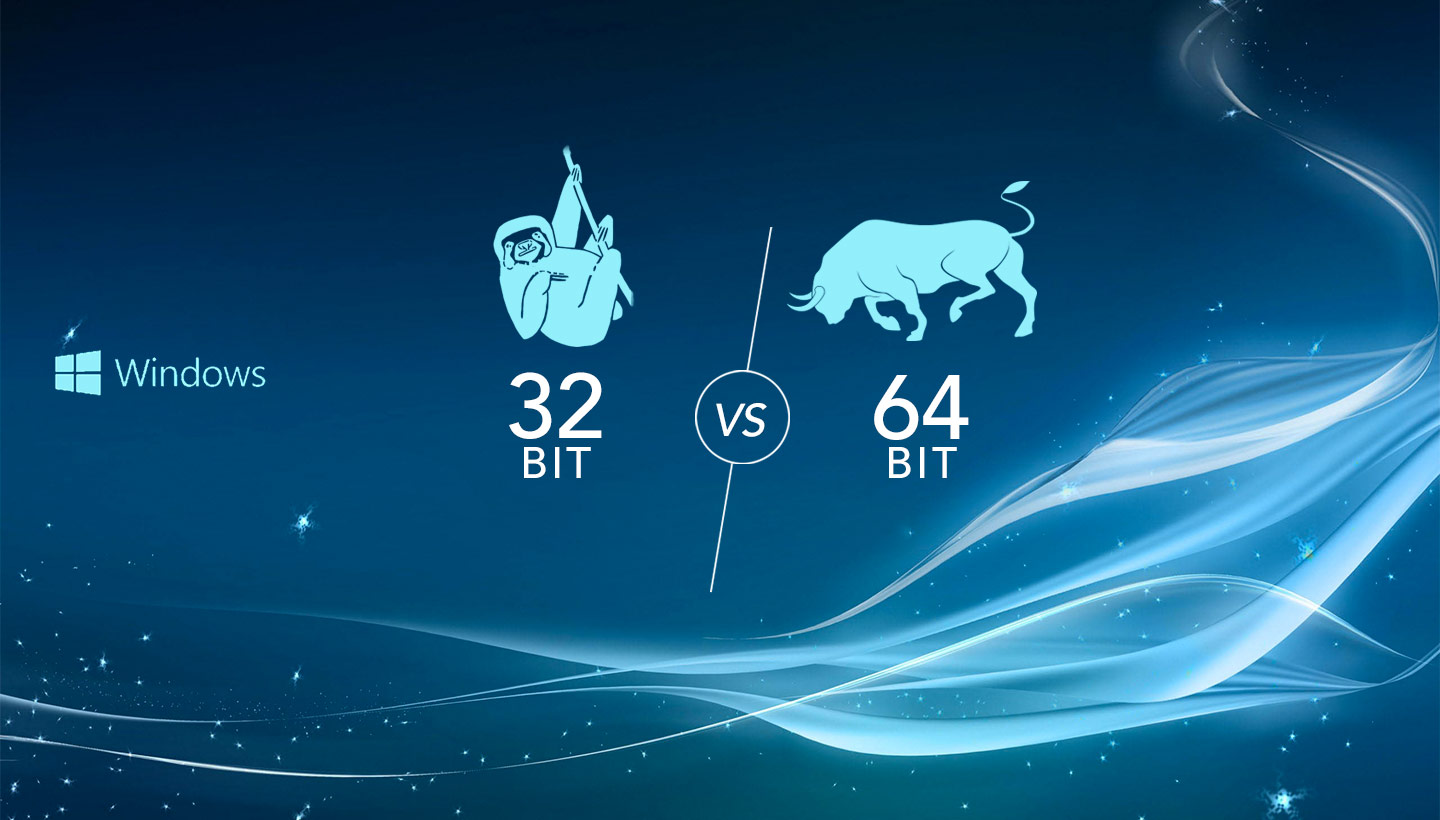 Editor’s Note: Our Co-founder & CTO, Brian Wilson, was working on a few minor performance enhancements and bug fixes (Inherit Backup State is a lot faster now). We got a version of this note from him late one night and thought it was worth sharing.

There are a few absolutes in life—death, taxes, and that a 64-bit OS is better than a 32-bit OS. Moving over to a 64-bit OS allows your laptop to run BOTH the old compatible 32-bit processes and also the new 64-bit processes. In other words, there is zero downside (and there are gigantic upsides).

The main gigantic upside of a 64-bit process is the ability to support more than 2GB of RAM. (Pedantic people will say “4GB”… but there are technicalities I don’t want to get into here.) Since only 1.6% of Backblaze customers have 2GB or less of RAM, the other 98.4% desperately need 64-bit support, period, end of story. And remember, there is no downside.

Because there is zero downside, the first time it could, Apple shipped with 64-bit OS support. Apple did not give customers the option of “turning off all 64-bit programs.” Apple first shipped 64-bit support in OS X 10.6 Snow Leopard in 2009 (which also had 32-bit support, so there was zero downsides to the decision).

This was so successful that Apple shipped all future operating systems configured to support both 64-bit and 32-bit processes. All of them. Customers no longer had an option to turn off 64-bit support.

As a result, less than two-tenths of 1% of Backblaze Mac customers are running a computer that is so old that it can only run 32-bit programs. Despite those microscopic numbers we still loyally support this segment of our customers by providing a 32-bit only version of Backblaze’s backup client.

But let’s contrast the Apple approach with that of Microsoft. Microsoft offers a 64-bit OS in Windows 10 that runs all 64-bit and all 32-bit programs. This is a valid choice of an operating system. The problem is Microsoft ALSO gives customers the option to install 32-bit Windows 10 which will not run 64-bit programs.

Another advantage of the 64-bit version of Windows is security. There are a variety of security features such as address space layout randomization (ASLR) that work best in 64-bits. The 32-bit version is inherently less secure.

By choosing 32-bit Windows 10, a customer is literally choosing a lower performance, LOWER SECURITY operating system that is artificially hobbled to not run all software.

Let’s put some numbers around it: Approximately 4.3% of Backblaze customers with Windows machines are running a 32-bit version of Windows compared with just two-tenths of 1% of our Apple customers. The Apple customers did not choose incorrectly, they just have not upgraded their operating system in the last nine years. If we assume the same rate of “legitimate older computers not upgraded yet” for Microsoft users, that means 4.1% of the Microsoft users made a fairly large mistake when they choose their Microsoft operating system version.

Now some people would blame the customer because, after all, they made the OS selection. Microsoft offers the correct choice, which is 64-bit Windows 10. In fact, 95.7% of Backblaze customers running Windows made the correct choice. My issue is that Microsoft shouldn’t offer the 32-bit version at all.

This is how bad it is: When Microsoft released Windows Vista in 2007 it was 64-bit and also ran all 32-bit programs flawlessly. So at that time I was baffled why Microsoft ALSO released Windows Vista in 32-bit only mode—a version that refused to run any 64-bit binaries. Then, again in Windows 7, they did the same thing and I thought I was losing my mind. And again with Windows 8! By Windows 10, I realized Microsoft may never stop doing this. No matter how much damage they cause, no matter what happens.

You might be asking: Why do I care? Why does Brian want Microsoft to stop shipping an operating system that is likely only chosen by mistake? My problem is this: Backblaze, like any good technology vendor, wants to be easy to use and friendly. In this case, that means we need to quietly, invisibly, continue to support BOTH the 32-bit and the 64-bit versions of every Microsoft OS they release. And we’ll probably need to do this for at least five years AFTER Microsoft officially retires the 32-bit only version of their operating system.

Supporting both versions is complicated. The more data our customers have, the more momentarily RAM intensive some functions (like Inherit Backup State) can be. The more data you have, the bigger the problem. Backblaze customers who accidentally chose to disable 64-bit operations are then going to have problems. It means we have to explain to some customers that their operating system is the root cause of many performance issues in their technical lives. This is never a pleasant conversation.

I know this probably won’t be heard, but Microsoft, for the sake of your customers and third-party application developers like Backblaze, please stop shipping operating systems that disable 64-bit support. It is causing all of us a bunch of headaches we do not need.