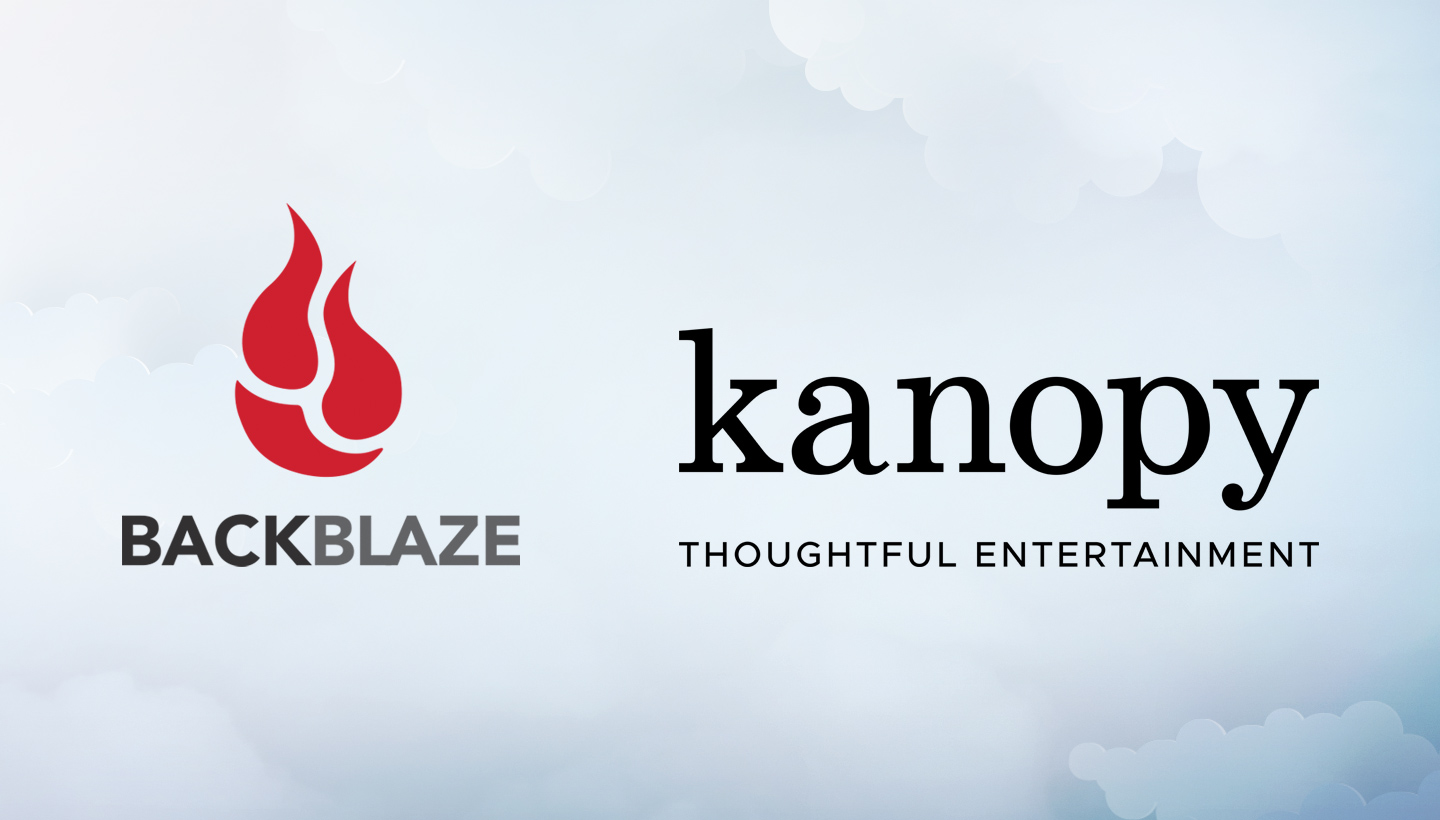 In most industries, one lost file isn’t a big deal. If you have good backups, you just have to find it, restore it, and move on—business as usual. But in the business of streaming media, one lost file can cause playback issues, compromising the customer experience.

We spoke with Kanopy’s Chief Technology Officer, Dave Barney, and Lead Video Software Engineer, Pierre-Antoine Tible, to understand how they restructured their tech stack to achieve reliability and three times more redundancy with no increase in cost.

Kanopy: Like Netflix for Libraries
Describing Kanopy as “Netflix for libraries” is an accurate comparison until you consider the number of videos they offer: Kanopy has 25,000+ titles under management, many thousands more than Netflix. Founded in 2008, Kanopy pursued a blue ocean market in academic and, later, public libraries rather than competing with Netflix. The libraries pay for the service, offering patrons free access to films that can’t be found anywhere else in the world.

In order for a film to be streamed without delays or buffering, it must first be transcoded—broken up into smaller, compressed files known as “chunks.” A feature-length film may translate to thousands of five to 10-second chunks, and losing just one can cause playback issues that disrupt the viewing experience. Pierre-Antoine described a number of reliability obstacles Kanopy faced with their legacy provider:

Preparing for a Cloud to Cloud Migration

For a video streaming service of Kanopy’s scale, a poor user experience was not acceptable. Nor was operating without a solid plan for backups. To increase reliability and redundancy, they took steps to restructure their tech stack:

First, Kanopy moved their data out of their legacy provider and made it S3 compatible. Their legacy provider used its own storage type, so Pierre-Antoine and Kanopy’s development team wrote a script themselves to move the data to AWS, where they planned to set up their video processing infrastructure.

Next, they researched a few solutions for origin storage, including Backblaze B2 Cloud Storage and IBM. Kanopy streams out 15,000+ titles each month, which would incur massive egress fees through Amazon S3, so it was never an option. Both Backblaze B2 and IBM offered an S3 compatible API, so the data would have been easy to move, but using IBM for storage meant implementing a CDN Kanopy didn’t have experience with.

Then, they ran a proof of concept. Backblaze proved more reliable and gave them the ability to use their preferred CDN, Cloudflare, to continue delivering content around the globe.

Finally, they completed the migration of production data. They moved data from Amazon S3 to Backblaze B2 using Backblaze’s Cloud to Cloud Migration service, moving 150TB in less than three days.

The Benefits of a Multi-cloud, Vendor-agnostic Tech Stack

The new stack offers Kanopy a number of benefits versus their all-in-one provider:

Scaling a Streaming Media Platform With Backblaze B2

Though reliability was a main driver in Kanopy’s efforts to overhaul their tech stack, looking forward, Dave sees their new system enabling Kanopy to scale even further. “We’re rapidly accelerating the amount of content we onboard. Had reliability not become an issue, cost containment very quickly would have. Backblaze and the Bandwidth Alliance helped us attain both,” Dave attested.

“We’re rapidly accelerating the amount of content we onboard. Had reliability not become an issue, cost containment very quickly would have. Backblaze and the Bandwidth Alliance helped us attain both.”
—Dave Barney, Chief Technology Officer, Kanopy

A Cloud Storage Experiment to Level Up Chia Farming
Next Post: Bumper Crop: Scaling a Chia SaaS Project on B2 Cloud Storage